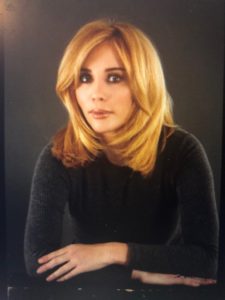 Sara Corcoran: Sara is a correspondent and contributing editor, as well as founding publisher of the National Courts Monitor. She literally grew up in a “legal family.” She is the granddaughter of “Tommy the Cork,” who advised President Franklin D. Roosevelt and is considered an “author of the New Deal.”

As a former Real Estate Executive, Sara was a VP at Blue Stone Capital where she was responsible for originating and servicing the mid cap portfolio for a leading hospitality REIT. Concurrently, she did business development for Jack Kemp at Kemp Capital Partners.

She received her MBA from the Antai School of Economics and Management in Shanghai, China, and a BA in Political Science from the University of Southern California. Sara also specializes in Forex, Merger Arbitrage, Cryptocurrencies, and Futures and Commodities.

Contributing Editor, Los Angeles, Henry Scott: Henry “Hank” Scott is a former vice president of new media for The New York Times. He actually took the Times online for the first time in 1994 and left the nation’s paper of record to launch a media consulting firm. Among his credits is the turn-around of Out Magazine and the launch of a 330,000 circulation daily newspaper in New York. He currently publishes the West Hollywood community website WEHOville, which is a CCM media partner.

Contributing Editor, Midwest and Malibu, Jeff Kass: Jeff grew up in Malibu and has written for The Los Angeles Times, The Washington Post, The Rocky Mountain News, Bloomberg and many other publications. He is also the author of “Columbine: A True Crime Story” and a frequent commentator on network TV news. He is suspected of being overly partial to surfing County Line and developed a weakness for the clam chowder at Neptune’s Net. Find out more at jeffkassauthor.com.

Contributing Editor, National Affairs Desk, Curtis Robinson: Curtis is very likely the nation’s most experienced newspaper/website startup guru. A former editor of the Aspen Daily News, he has launched more than two dozen news operations and was content editor on the Aspen.com team that won the coveted “Edgy” website honors. A longtime friend and collaborator of the late Hunter S. Thompson, he leads our National Affairs Desk as we expand into the National Courts Monitor website in Washington, D.C.

Special shout-outs: Thanks also to our good tech-folk and social media mavens at Morel Communications who keep the links linking and the content flowing. They are not responsible for any content, typos, opinions or misplaced photo credits.
Logging In...