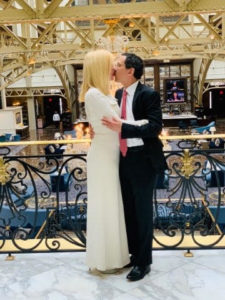 We are sad to announce the passing of Tony Ming Schinella, husband of Courts Monitor publisher, Sara Corcoran Schinella.

Outside of public view across some 30 years, Tony achieved high rank, earned the respect of senior government officials with whom he worked, and garnered numerous awards for his work here and abroad. Without question, he was among the finest officers of his generation at the CIA.

Tony’s singular talent in his chosen profession drew upon and reflected both his astonishing intelligence and an heroic work ethic.  At the time of his death, he was serving as the National Intelligence Officer for Military Issues on the National Intelligence Council, functioning as the most senior military analyst in the US Intelligence Community. His rise to that position from his start in 1991 as a graduate fellow was a steady one.  He had a seemingly limitless ability to comprehend and retain an enormous amount of information, discern underlying patterns, figure out causal relationships and draw clear conclusions about the nature of events. His ability to express his conclusions in clear, precise language made him invaluable within and beyond the CIA in any number of crises across the past several decades. In conflicts ranging from the Balkans, to Afghanistan, Yemen, and Iraq, he provided unique insights and a clear decision advantage to the most senior US policymakers.

Over the decades, whenever the nation called, Tony responded by taking on some of the most difficult analytic assignments confronting the Intelligence Community. He followed nearly the entirety of the Balkan conflict and his analytic judgments helped US diplomats bring a restive peace to Bosnia. Volunteering after 9/11, he was among the first to help US forces understand Taliban military capabilities, saving US lives, and providing direct support to the US forces and allies who fought al­ Qa’ida in Afghanistan.  For years his work on the  ground war in Afghanistan was required reading for policymakers struggling to bring to a conclusion America’s longest war, just as years earlier he and a small group of colleagues were instrumental in forging a deeper understanding of the dynamics at play within Iraq.