Michael Bloomberg: An Option That is in the Money 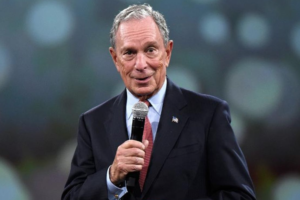 DC DISPATCH-Michael Bloomberg, the former Mayor of NYC, has officially expressed interest in earning the Democratic nomination for 2020.

Although his pathway to the nomination may be unconventional, likely forgoing the four early but low-vote states of Iowa, New Hampshire, Nevada, and South Carolina and instead making a concentrated Super Tuesday attack for the big-delegate states including California and Texas — Bloomberg has the right moxie, background, temperament, and demographic appeal to unseat Trump in the next Presidential election.

The current roster of Democrats lacks a candidate that has the ability to comfortably beat Trump.  Moreover, recent swing state polling margins confirm this. All the current Democratic front runners are either negative or in the margin of error when paired on the electoral college map against Trump. Bloomberg has the best chance of changing this paradigm. Although national polls that have shown Bernie Sanders, Elizabeth Warren, and Joe Biden beating Trump in the popular vote, it is only Biden who eeks out a win in some of the swing states, including Arizona and Virginia, with an outcome too close to call.

The current lineup of Democratic candidates does not offer enough risk insurance against a Trump presidency, given the likelihood that 2020 will be determined within the margin of error yet again. Joe Biden, once the best shot to beat Trump, has been weakened by the mere allegation and perception of corrupt practices by his family in Ukraine. Although the impact on Biden’s polls of Trump’s attacks tends to fluctuate, to dismiss it as a contingent liability is naive. Trump’s attacks are not likely to stop. If anything, they will increase and become more vicious. Biden’s defense of his son has been to evade and plead ignorance. There is a real risk that he will not be able to absorb the Trump onslaught, particularly if he remains financially vulnerable.

After Bloomberg officially expressed interest in pursuing a 2020 run, the reaction has been mixed, but more favorable to some who are looking for a middle of the road option. For Independents, swing voters, and moderate Democrats, this should be a welcome move. His announcement may also serve to quell the rumblings of a possible third try by Hillary Clinton. Biden has publicly approved of a Bloomberg run, although privately, he may be shaken. On the other hand, both Bernie Sanders and Elizabeth Warren have piled on with criticism of “billionaires buying their way into an election.”

Although both Sanders and Warren (who are millionaires, not billionaires) have had impressive careers, they will not be able to carry the white, working-class vote in Wisconsin, Ohio, Michigan, and Pennsylvania. They are both Washington insiders in a country that has an increasing appetite for “outsider” Presidential candidates even those who are independently wealthy. It is ironic that Tom Steyer, a billionaire, has been unable to create traction with voters, suggesting that some unknown quantifier is at play.

Bloomberg is a self-made billionaire who has created jobs. Coming from humble beginnings, Bloomberg made his wealth the old-fashioned way, he earned it. His career on Wall Street started as a partner Solomon Brothers. As the creator of the Bloomberg terminal, Michael Bloomberg transformed the way professionals could access, interpret, and understand capital market relationships with banking, credit, currency, and government finance to name a few. Anyone who has had the pleasure of accessing a terminal appreciates the wealth of information that it affords. Today, Bloomberg is a diverse conglomerate that focuses on financial services, software, and media with over 20,000 employees and revenues north of $9 billion.

As much as the liberal base of the Democratic Party thinks they drive the nomination process, it is incumbent upon this branch to support the candidate that has the best chance of beating Trump. It is Bloomberg whose option is in the money (“in the money” refers to a concept in options where the underlying security’s price is greater than its strike price). At a minimum, Bloomberg can distract Trump away from Biden and allow the former VP to recover from the onslaught against his family. Bloomberg is a covered option that has value whether you go long or go short.

In the present environment where much of the Democrats case against Trump centers on charges of foreign influence and accommodations, Bloomberg will have to deflect claims that his business interests make him susceptible to foreign influence given his various subsidiaries with China in particular. Bloomberg will have to address the allegations of firing journalists and changing editorial content in its news in exchange for maintaining access and financial terminal business. That said, Bloomberg can differentiate himself from Trump by demonstrating he understands what putting his assets in a trust involves — he did it when running for mayor of New York. Bloomberg’s brand isn’t about chaos and nepotism. He has a clear understanding of how to avoid conflicts of interest.

Instead, his focus is on creating jobs, accepting climate change as a threat, and instituting concrete economic policies. He has run a massively complex city and has proven executive skills. He has developed relationships with mayors and governors across the country and is data-driven in his responses to problems. When Trump won the presidency, he allegedly called Bloomberg and asked him for advice. “Hire people smarter than you,” he reportedly recommended. Trump was obviously too insecure to follow this suggestion with disastrous consequences and claims that Bloomberg lacks “the magic” to win. We shall see how much magic Trump brings to the next election as he turns his attention to a possible Bloomberg threat.

A repeat of the 2016 Presidential race would be devastating to the Democratic Party but if they underplay the significance of state data in favor of national data, it is likely to occur. Progressive Democrats keep looking at national polling with the hopes the state polling will eventually mirror it, but this won’t happen without the right candidate who leads by more than 5%. Trump salivates at the prospect of fighting an election into the margin of error where the dirt he cultivates against opponents can have magnified value and impact. When polling data goes below 5%, foreign actors can interfere indiscriminately without being identified, at least in the short run.

Michael Bloomberg made his fortune by making wise choices about options. If the Democrats want to win the 2020 election, they need to do the same.

Sara Corcoran writes DC Dispatch and covers the nation’s capital from Washington for CityWatch. She is the Publisher of the California and National Courts Monitor and contributes to Daily Koz, The Frontier Post in Pakistan and other important news publications.) Prepped for CityWatch by Linda Abrams. 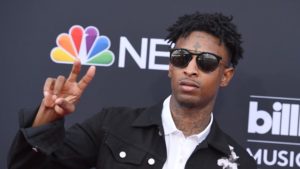 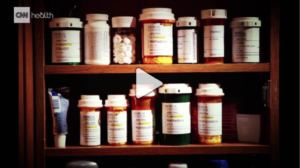 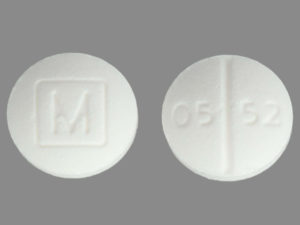 Johnson & Johnson has reached a tentative settlement in Ohio in response to a federal lawsuit over the nation’s opioid epidemic, The Washington Post reports.

The health-care giant will pay $10 million to Cuyahoga and Summit counties, Ohio, as well as reimburse $5 million in legal fees and donate $5.4 million for opioid-related programs in the communities, The Post reports.

The case was brought by more than 2,500 counties, cities and Native American tribes.

In August, Johnson & Johnson was ordered to pay the state of Oklahoma $572 million in the first opioid-related state case to go to trial.

An estimated 400,000 people have died of overdoses from painkillers, heroin and illegal fentanyl since 1999.

The Trump administration is barred by federal court order from enacting new rules aimed at detaining migrant children and their parents for longer periods of time.

The Justice Department had argued for withdrawal from a 1997 federal consent decree setting basic standards for detaining migrant children.

“The decree includes a 20-day limit for holding children in detention facilities that have not been licensed by the states for the purpose of caring for minors,” The Post reports.

Federal regulators issued new regulations in August seeking to terminate the settlement and remove the 20-day limit, The Post reports.