The Kansas Supreme Court has taken the unusual step of issuing a formal state that it is “troubled” by state lawmakers tying a funding increase to a court reorganization. As with other states, the Kansas chief justice has become a lobbyist for increased courts funding, going so far as authoring a widely read newspaper opinion piece against the plan.

The new system, which some say violates the Kansas constitution, will let local judges choose their “chief district judges” rather than having that post chosen by the state Supreme Court. They move also shifts some budget control to the local judges.

Read the story from kansascity.com here.

A Florida group funding increased legal assistance for juveniles has extended that aid beyond law enforcement issues to help deal with family courts, citations and other civil matters, according to an Associated Press report. The move is significant because many legal aid efforts are more or less exclusive to criminal courts.

Organizers say the approach will prevent some juveniles from ever entering the foster care system and improve representation for those already in the system. They also note that help with citations will reduce the number of young people who enter the justice system.

See more on the story via Gainsville.com here. 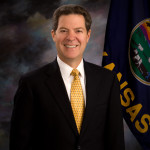 Adjusted for inflation, the federal Legal Services Corporation budget is at a 40-year low just as the hundreds of state-level offices it funds are facing more people needing legal assistance in the face of foreclosure, family stress and other non-criminal justice issues. A piece in the Hill newspaper’s “Congress Blog” by James R. Silkenat outlines the issue and profiles specific examples of how the programs work.

The Hill reports that “… with more than 63 million (1 in 5) Americans qualifying for pro bono legal assistance, a major justice gap exists in the U.S. Those at the poverty level simply cannot afford to hire an attorney. Their only hope is a pro bono lawyer, but because of high demand for legal aid and lack of funding, these groups already turn away more clients than they can help.”

Beyond individual stories, Silkenat notes that failure to provide lower income people with civil legal aid can consume “alarming” amounts of court time and result in procedural problems with good cases. He also explains the LSC: “… funded by the U.S. government, the LSC-associated legal aid offices that exist in every state contributed to the 2.3 million low-income Americans helped in 2011.”

President Obama’s is seeking $430 million, a level supported by the American Bar Association, up from $365 million this fiscal year and closer to the $420 million appropriated in fiscal 2010. Read more here.

Kansas legislators are following the national trend to tie state judicial reform to funding, leading the Wichita Eagle to editorialize against the changes as eroding court independence. The newspaper writes that “Kansas Supreme Court Chief Justice Lawton R. Nuss warned this was coming, objecting in an Eagle commentary last month to ‘the diffusion of the unified court system’s centralized authority in exchange for money to keep courts open.'”
The funding-linked legislation, pending a decision by Gov. Sam Brownback, would allow the chief judge of each of the state’s 31 judicial districts to submit and control his own budget. The Eagle fears that “… the new legislation also allows judges to select the chief judge for their own district court, further eroding the Supreme Court’s authority.”
You can read a detailed argument on the Kansas argument here.