SPECIAL REPORTS: In the coming weeks, the National Courts Monitor (NCM) will be announcing a series of “special reports” focusing on some of today’s most urgent civil litigation issues. Similar to the print-edition special reports that helped launch the website in California (as the California Courts Monitor) more than a decade ago, the reports from across the country will include original reporting and production from the NCM while also showcasing investigative and writing from partner organizations. Watch this space for more information, and we are making this announcement now because our reporters and video producers are now in the field conducting the background research necessary for multi-media reporting on issues including environmental lawsuits, immigration issues and, of course, the rationing of civil justice in America.

The Washington Post reports that one day after imposing a restraining order to allow the parties to present arguments at a hearing about whether or not Mary Trump, the President’s niece could publish her tell-all book, “A New York court on Wednesday lifted a temporary restraining order against the publication of a book by President Trump’s niece, enabling publisher Simon & Schuster to continue printing and distributing the explosive insider account by Mary L. Trump.” 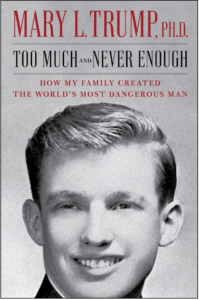 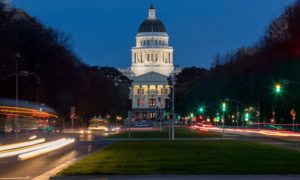 AB3070 easily passed the California State Assembly this month. The legislation targets the discriminatory use of peremptory challenges in jury selection.

Cheryl Miller for The Recorder explains, “The measure would bar the use of peremptory challenges to remove potential jurors on the basis of race, ethnicity and gender. The bill would require attorneys trying to strike a would-be juror to show by clear and convincing evidence that their rationale is not related to the person’s group identity. Appellate courts would be required to review the strikes de novo.”

The next step for the bill is a policy committee hearing in the California Senate.