An ongoing North Carolina bankruptcy case cast a 2,413-mile-long shadow across the big Perrin Conference on “cutting-edge asbestos issues” being held in Los Angles this week, with one panelist calling a recent order in the case “the most significant change” in asbestos litigation in a decade, while another said everybody needs to “slow down, take a deep breath and wait for the outcome.”

Court capacity was another hot issue, with conference panelists connecting dots from bankrupt companies to increased caseloads to nearly bankrupt courts. A New York City judge who handles asbestos there warned that there are not enough resources to handle the expected increase, and another panelist pointed out that the average asbestos case take more time than typical civil cases: twice as much time for a judge and four times more time for court staff.The bankruptcy case being talked about in the hallways and across panels is called “Garlock” and involves a North Carolina company and the long shadow comes from a scathing judge’s order that noted issues involving bankruptcy trusts.
Such court-approved trusts are set up to pay ongoing claims, and the judge found that some firms are apparently withholding evidence during litigation but still filing against the trust. Such evidence of other asbestos exposures can be vital to a defendant trying to prove they were either not at fault or at lesser fault.
The Perrin Conference continues today (Tuesday, March 18) at the Beverly Wilshire Hotel with California asbestos judges from both Los Angeles and San Francisco scheduled to participate. (Programming note: The CCM is staffing the conference will post an original summary of the conversations later this week. Publisher Sara Warner has also published her take on the Garlock issue in the Huffington Post.)

Writing in the Huffington Post, CCM Publisher Sara Warner notes that a recent bankruptcy case is rocking the world of civil asbestos litigation, one of the leading case-issues in California and nationwide. A federal judge’s order lists problems with the specific case, including “disappearing” of evidence and testimony that seems to contradict other sworn statements involving dozens of bankruptcy trusts. But, she notes, what about the victims? Read the HuffPo piece here.

In his Dec. 31 “state of the judiciary” report, Chief Justice John G. Roberts Jr. blasted not only the high-profile mandatory budget “sequestration” cuts, but noted that funding has been an issue for more than a decade. While much of the focus was on criminal court challenges, like paying for public defenders, the Chief Justice also noted that “… reductions have created widespread delays in civil and bankruptcy cases.” Over time, he said, these delays will give rise to “commercial uncertainty, lost opportunities and unvindicated rights.”

Here’s The New York Times coverage of the report: http://www.nytimes.com/2014/01/01/us/politics/budget-cuts-imperil-court-system-chief-justice-says.html?_r=0 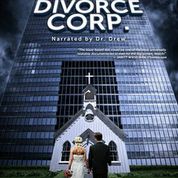