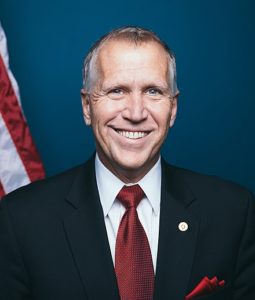 North Carolina, long famous for great college sports and some of the nation’s best barbecue, is fast earning recognition of another sort: Being at the forefront of America’s longest-running personal injury litigation, asbestos lawsuits. The new status is interesting in the civil justice sense not only because of recent landmarks involving talc, but also over how the state overlaps with national political trends. (I’ve written about that here.)

For example, there was another “reform” milestone this month as the Tar Heel State became, by my count, at least the 15th state to embrace increased transparency in the virtually unregulated filed of asbestos bankruptcy trusts. The trusts are part of a special process for asbestos companies to protect them from massive liability, and industry watchers say some 100 companies have gone the bankruptcy route.

Of course, asbestos litigation community members will recall that one of the more prominent bankruptcies came in 2004 in North Carolina, and has unearthed questionable practices as related to the management of asbestos trusts.  “Garlock” is a gasket manufacturer that received bankruptcy protection in Charlotte, NC. In an unusual move, a retired judge presiding over the case allowed discovery into 15 cases, eventually deciding that ALL 15 had some level of evidence suppression.

For context, it is worth noting that asbestos bankruptcy is an insular environment. Faced with burgeoning asbestos liability in the early 1990s, the U.S. Congress in 1994 created a system that allowed court-approved trusts to assume those payouts. Funded by the companies, the trusts are typically managed by victims’ attorneys and have come under fire for having little or no independent oversight.

The Reuters news service explained that “… a judge who found what he called a ‘startling pattern’ of abuse by plaintiff’s lawyers may have shifted the landscape of asbestos litigation with a ruling in favor of manufacturers” and then quoted from the judges decree stating that lawyers had manipulated evidence to get bigger settlements from Garlock.

Citing his finding, the judge knocked a billion dollars off the amount victims attorneys were seeking for asbestos cancer victims. Garlock even sued some of the firms that had been suing them, claiming racketeering. That case was resolved, but other civil racketeering cases have been filed and more than a dozen state attorneys general have taken notice, The AG group issued a formal letter demanding information from trust records, but did not get that information. That effort resulted in a lawsuit in Utah, and developments are ongoing.

In discussing North Carolina, it is also worth noting that in neighboring South Carolina, another retired judge – a former state supreme court chief justice – presided over one of the nation’s high-profile asbestos/talc trials that ended in a hung jury. More than 10,000 lawsuits nationwide claim that talc was involved in giving them cancer, with some jury awards in the millions of dollars. Defendants note that none of that has been paid out and appeals have overturned some big awards.

Federally, the asbestos trust transparency has been a casualty of Congressional gridlock for years. Yet new traction is being reported for a bill with – you guessed it! – North Carolina connections. U.S. Sen. Thom Tillis is among several senators pushing reform with the “PROTECT Asbestos Victims Act.”

Probably the most significant section of the bill involves allowing the U.S. Trustee Program of the Department of Justice, which has oversight of similar trusts, to investigate fraud against the asbestos trusts – a power not included when Congress created the asbestos-specific system in 1994.

Another sponsor of the bill, Chuck Grassley (R-IA), argued that we “… need commonsense accountability measures to ensure that the trust fund is not syphoned away from the victims it was intended to help. And we need independent oversight to protect against any waste, fraud, and abuse. This bill accomplishes these much-needed reforms.”

Grassley refers to a provision of the proposed law that empowers the U.S. Trustee Program of the Department of Justice to investigate fraud against asbestos trusts, which they are excluded from doing under current law. Allegations of potential fraud has brought some to support trust transparency efforts, at least in part because asbestos cancers impact U.S. military veterans more than the non-vet population.

For example, the reforms would no doubt be welcomed news to the American Legion, one the nation’s largest veterans’ groups, which has repeatedly endorsed legislation aimed at discovering attorneys who might be pilfering the trusts.

If that turns out to be the case, keep an eye on the Carolinas, Tar Heels and Palmettos alike.