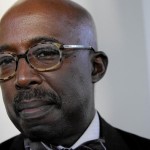 The LA Times is reporting that “a group of administrators from nearly 80 law schools, including University of LaVerne College of Law Dean Gilbert Holmes, has asked the National Conference of Bar Examiners to review how the bar exam is scored after a big drop in passage rates this year.”

Just when we need more lawyers for things like immigration cases, it turns out that fewer people are passing the bar exams. The Los Angeles Times reports that “… for the first time in nearly a decade, most law school graduates who took the summer California bar exam failed, adding to the pressure on law schools already dealing with plummeting enrollments, complaints about student debt and declining job prospects.”

The Golden State reflects a national trend. The LAT says that “… many other states showed similar declines this year. It’s unclear why the recent passage rates are so low, but they fell by at least 5 percentage points in 20 states.”
Law school officials are asking all sorts of questions, including what the failure rate means amid student debt and other pressures. Read the story here: Fewer law school graduates pass bar exam in California.