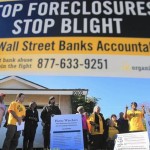 In a landmark decision, the California Supreme Court has ruled that some former homeowners can sue for wrongful foreclosure even if they were in default on their loans. A Los Angeles Times story quotes Katherine Porter, a law professor at UC Irvine and a former monitor for a national settlement over foreclosure abuses: “They opened the courthouse doors.”

During the recent home foreclosure crisis, tales of “robo-signing” emerged when employees of mortgage firms signed off on foreclosure documents even though they had no authority to do so. Troubled borrowers were often bounced around to various employees who gave different answers. The court ruled, in effect, that homeowners facing the resulting chaos may have been wrongly evicted – previously, courts had ruled that those people had no standing because they were in default on their loans.

It remains unclear how many people will be effected, but experts told the Times that it might be tens of thousands. California now joins other states where such challenges are allowed, including Ohio, Massachusetts and Texas. Read the Times story here: http://www.latimes.com/business/la-fi-foreclosure-ruling-20160302-story.html