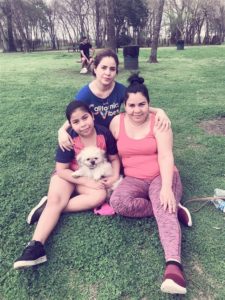 In the wake of publicity about the child’s plight, the judge ordered a new hearing scheduled for May 20, officials said.

“The deportation order has been attributed to a mistake made after a hearing scheduled in February for the girl, her mother and her sister was delayed by the government shutdown,” the article notes.

A March report by the American Bar Association indicated “that since its 2010 review of the court system, things had worsened ‘considerably,’” NBC News reports.

“The same issues identified then persist nearly a decade later: inadequate staffing, training and hiring; growing backlogs; inconsistent decision patterns among judges, particularly in asylum cases, and adoption of video-conference technology that impedes fair hearings. The situation, it said, has been exacerbated by years of congressional inaction while enforcement has increased under the Trump administration,” the article notes.