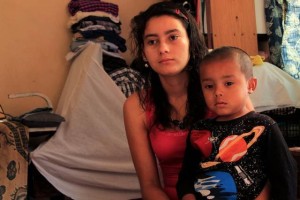 The new year brings a massive government roundup of women and families in the country illegally, which in turn raises the profile of would-be refugees claiming domestic violence as a reason for staying. The Miami Herald has an in-depth, potentially game-changing report that includes noting the half-million cases pending in Immigration Court, which is actually a civil function of the Justice Department and not a federal court in the usual sense.

The newspaper reported that in influx “… of unaccompanied minors and families from Central America that began last year has increased the backlog to nearly half a million cases in immigration court. To receive asylum in the United States, applicants must prove they have well-founded fears of persecution because of “race, religion, nationality, membership in a particular social group or political opinion.”

Which applicants are most likely to prevail often depends on judges’ backgrounds, what parts of the country the cases are heard in and whether they have lawyers, according to data from the Transactional Records Access Clearinghouse, known as TRAC, at Syracuse University.

The newspaper also looks at recent judicial changes that might allow more families to stay, and notes the huge holding facilities in Texas. Really, a solid backgrounder in what is emerging as a potential presidential election issue, especially in the pivotal primary state of Florida.