As events in Paris rivet the U.S. media on the massive immigration crisis in Europe, it’s worth noting that we still have 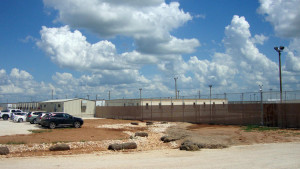 450,000 pending cases in the United States immigration court system and our “family detention” centers have been ruled illegal by a federal judge, who has ordered them closed. The federal government has responded by trying to license them through state agencies.

The Los Angeles Times reminds us that “… this summer, U.S. District Judge Dolly Gee in Los Angeles castigated federal officials, finding they had failed to meet conditions for detaining immigrant children established by a 1997 court settlement, Flores vs. Meese. The judge prohibited the administration from holding children at centers not licensed to care for them and from holding families unless they posed a flight risk or a threat to national security…”
Find the rest of that story and related reporting about the situation here:
Immigrant family detention centers are prison-like, critics say, despite order to improve