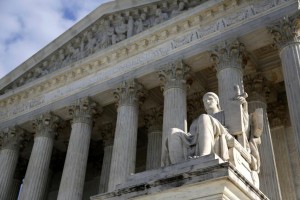 A 2013 California civil lawsuit is up for U.S. Supreme Court review this week and could dramatically change the organized labor landscape for public employees. The core issue in Friedrichs v. California Teachers Association is whether unions can collect fees from people who do not want to be in the union. The Los Angeles Daily News explains that “… since 1977, the court has allowed public-sector unions to charge the nonmembers whom they represent fees to cover the cost of bargaining over working conditions that will benefit those nonmembers as well as the union’s own ranks on the payroll… they cannot charge a fee to cover union political activity, such as lobbying or campaign spending…”

The case against the Teachers Association argues, in effect, that everything a union does is political – even bargaining. Everyone agrees that the controlling legal precedent is a case called Abood v. Detroit Board of Education, which actually moved the case through the lower courts relatively quickly. The Daily News notes that justices have signaled a sea change: “Although the Abood ruling remains a controlling decision, the court has been dropping hints for the past two years that the precedent has become shaky. A majority of the Justices joined in the critique, most strongly expressed in 2014 in Harris v. Quinn. The court said then that it is a ‘bedrock principle that, except perhaps in the rarest of circumstances, no person in this country may be compelled to subsidize speech by a third party that he or she does not wish to support.’Thus, the challengers are turning their case into a ‘compelled speech’ dispute, treating union assessments as forcing nonmembers to embrace union goals.”

Read the Daily News story and follow the lawsuit here:

What the Supreme Court must decide about union dues