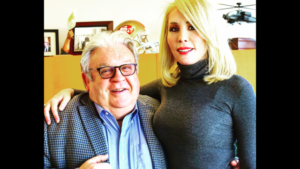 As President of the Bricklayers Union in Washington D.C., James Boland, an immigrant from Ireland, is proud of his heritage and history with labor. As I took a brief stroll around his office, I noticed photos of prominent politicians, spanning generations and a 49ers football helmet that caught my attention.  As a former resident of San Francisco, President Boland got his start in the bricklaying world like every other member, as a former bricklayer. Having worked his way from the bottom to union management, Mr. Boland has a firm grasp of the issues that are facing the U.S. construction industry.

“The Bricklayers Union is important to me because I’ve spent my entire life as a member,” he noted. “As the longest union in continuous existence,” he continued, “the Bricklayers Union is very distinguished and has great persistence…The Union formed when the Baltimore and Philadelphia bricklayers locals merged in the mid-19th century to improve working conditions and relocated to Washington DC.”