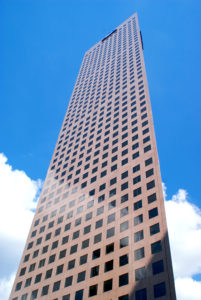 An affiliate of Georgia-Pacific LLC, Bestwall LLC, has announced that it filed a voluntary petition for Chapter 11 bankruptcy relief in the Western District of North Carolina.

In a summary, Reuters reported, “Bestwall LLC’s parent company is firing back at allegations that the joint compound maker’s Chapter 11 bankruptcy is a bad-faith sham aimed at avoiding asbestos claims, instead arguing the case is ‘entirely consistent with both the spirit and the letter of the bankruptcy process.’”

Last year the company announced, “Bestwall intends to seek court authority to establish a trust under Section 524(g) of the U.S. Bankruptcy Code to ensure that all individuals with current and future asbestos claims are treated fairly.”

Georgia-Pacific states it will continue to operate as usual.

“Today’s filing by Bestwall has no impact on Georgia-Pacific’s business operations, nor does it affect our 35,000 employees and 25,000 vendors who serve more than 15,000 customers globally,” said Tyler Woolson, senior vice president, and chief financial officer of Georgia-Pacific.