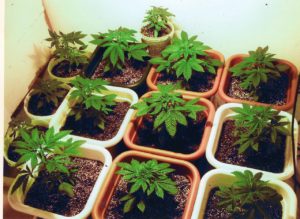 A state-imposed ban on smokable medical marijuana is unconstitutional, a Florida judge has ruled.

Leon County circuit court Judge Karen Gievers on June 5 upheld her May 25 ruling, ending a stay in this back-and-forth dispute.

“The state’s Department of Health had filed an appeal of Gievers’ original ruling, which automatically put it on hold,” The Associated Press reported. “Even with the stay being lifted, smokable medical marijuana will not immediately be available for sale at treatment centers.  That’s because the Department of Health must come up with rules for cultivation and distribution, which could take several months.”

Orlando Weekly noted that an appeals court had temporarily blocked a Tampa businessman from growing marijuana as he sought to prevent a relapse of lung cancer. The 1st District Court of Appeal had reinstated a stay of Gievers’s May 25 ruling. The circuit court’s ruling had cleared Joe Redner to grow his own marijuana for a treatment known as “juicing,” Orlando Weekly reported.