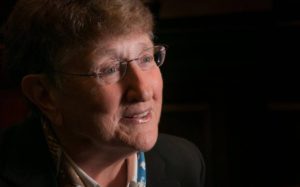 by Sara Corcoran, Courts Monitor Publisher
“So far, the story of the talc litigation has mostly been about two things—the science and the choice of forum,” said Howard Erichson, a professor at Fordham University School of Law, quoted in the National Law Journal.
Despite late-night television ads and some media coverage, it may still come as a surprise to many people that nearly 10,000 families have brought lawsuits alleging that talc – yes, the talk of baby powder and old-school hygiene – caused their cancer, but that has been a rapidly emerging personal injury trend over the past few years.
Mostly, the big-verdict headlines have come from places that observers of civil litigation might expect: A California jury awarded $417 million in a single case (since overturned by a state judge who ordered a new trial), a few hundred million from St. Louis juries, several thousand cases pending in a New Jersey multi-district federal court.
So when news broke recently that the latest milestone case had ended in a hung jury, it was noteworthy not only that the case came from Darlington County (population 68,000) in the usually business-friendly South Carolina, but also that the judge in the case is progressive judicial icon and retired South Carolina Chief Justice Jean Hoefer Toal.
While it’s certainly not uncommon for retired judges to preside over trials, especially ones that promise to take months of hearing and weeks of testimony, it’s not often that a former state chief justice takes the bench. And Judge Toal is no usual justice: When she published a 23-essay book last year entitled “Madam Chief Justice,” contributors of glowing pieces included U.S. Supreme Court Associate Justice Sandra Day O’Connor and current Associate Justice Ruth Bader Ginsburg.
Drawing Judge Toal could not have been good news for Johnson & Johnson lawyers, given her longstanding advocacy for consumer rights and assertive demeanor honed over 27 years on the state’s highest court, with nearly 16 of those as chief justice.
Asked about her “assertive temperament” in a profile by The State newspaper of Columbia, S.C., Toal responded, with a reported smile:  “I very much concede that I understand the power of controlled aggression,” she says, explaining that it’s part of a trial lawyer’s psyche to be fierce. “Sometimes you need to get people’s attention. But you don’t need to beat them over the head with it. But yes, passion needs a face.”
She may also become the judicial face of the next talc litigation milestone, since the victims’ attorneys intend to re-try the case.
In a major story by reporter Lauren Sausser published May 6, in the Charleston, S.C.-based The Post and Courier newspaper tackled the talc litigation issue. In a story labeled “Toxic talc?”
Sausser explains that a South Carolina woman “… is among thousands of women who have filed lawsuits against Johnson & Johnson, emboldened by multi-million-dollar verdicts and a body of anecdotal and scientific evidence linking talcum powder to cancer. They’re fighting to prove a definitive connection and to force the company to post warning labels on its product to spare others from the same fate.”
Sausser also quotes Charleston attorney Carmen Scott explaining that it was a $72 million for a South Carolina woman named Jacqueline Fox that provided “a watershed moment” for talc litigation. Scott, who handles hundreds of talcum powder cases at Motley Rice in Charleston told the newspaper that the $72 million verdict in that case represented “a very angry jury.”
Yet the story also notes that a Missouri appeals court tossed out the verdict, deciding that it was tried in the wrong venue, and that “… none of the plaintiffs have received any money, and company executives point to a lack of conclusive evidence linking ovarian cancer with their product.”
That means the talc litigation, unlike asbestos-based litigation over the cancer mesothelioma that has spanned over 40 years, is just getting started; specific courts and judicial decisions are just now being created.
Into that arena comes Judge Toal and her “assertive temperament.” Can that hold up in South Carolina’s pro-business environment? Well, she was on the high court for more than a quarter century and even survived an unusual election attempt by business-focused forces aimed at removing her from that job.
My bet? Look for more talc/asbestos headlines out of The Palmetto State.
(Sara Corcoran is publisher of the Courts Monitor and a contributor to CityWatch LA and other news outlets.)