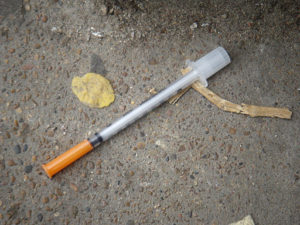 A U.S. District judge wants information about the funders behind hundreds of lawsuits against manufacturers and distributors of opioids.

U.S. District Judge Dan Polster in Cleveland issued the order on May 7, “saying he wants to ensure the agreements don’t create conflicts of interest by affecting plaintiffs lawyers’ judgments in pursuing cases against opioid makers, such as Purdue Pharma LLP and Johnson & Johnson, and distributors such as McKesson Corp. and Cardinal Health Inc.”

Bloomberg explained, “He wants to know details of any lending arrangements, and he requested sworn statements from the lawyers and lenders that there won’t be any conflicts of interest and that the lenders won’t have control over strategy, advocacy or settlement decisions.”

On April 11, Reuters reported that Polster was pushing for a settlement and pursuing an aggressive schedule “that would have the first trial take place in March 2019.”

Reuters noted, “The lawsuits accuse the drugmakers of deceptively marketing opioids and allege that drug distributors ignored red flags indicating the painkillers were being diverted for improper uses. In 2016, 42,000 people died from opioid overdoses, according to the U.S. Centers for Disease Control and Prevention.”