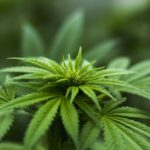 An anti-mobster law, the Racketeer Influenced and Corrupt Organizations Act, has emerged as a tool to fight marijuana-related businesses, including a case in Massachusetts citing “pungent odors” caused by consumption of the substance, among other negative effects.

Bloomberg reports, “While pot remains illegal under federal law, Massachusetts voters approved medical marijuana consumption in 2012 and recreational use in 2016; the latter will kick in next year. The drug is legal for at least one of the two purposes in 29 states, the District of Columbia, Puerto Rico, and Guam. But that doesn’t mean everybody wants a weed business next door. That’s why the burgeoning $6 billion marijuana business in the U.S. should view the RICO suits as serious threats, says Sean O’Connor, faculty director of the Cannabis Law and Policy Project at the University of Washington School of Law. Even if all the litigation fails, he says, ‘it could have its intended impact.’”

A lawsuit against Healthy Pharms in Cambridge, Mass., argues the company “would operate in flagrant disregard of the federal law that categorizes cannabis as a controlled substance every bit as illegal as heroin or cocaine.”

A similar lawsuit, a nearly 3-year-old suit in Colorado, is scheduled to go to trial in July, reports Marijuana Business Daily.

“This is an existential threat to the industry,” said Brian Barnes, an attorney with Cooper & Kirk law firm, according to the MBD.

Valerio Romano, an attorney for one of the Massachusetts defendants, said “the real impact of RICO suits could be to simply scare entrepreneurs into quitting the marijuana business.”

Category: Cannabis in the Courts

← From our Publisher: Call it the “Mystery of the Missing Memo”
Apple iPhone slowdown spurs lawsuits →
Logging In...