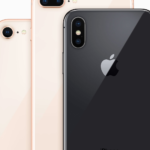 Apple rejected claims that the company slowed down older iPhones to drive sales of newer models, even as a flurry of lawsuits hit the courts.

“Apple Inc (AAPL.O) defrauded iPhone users by slowing devices without warning to compensate for poor battery performance, according to eight lawsuits filed in various federal courts in the week since the company opened up about the year-old software change,” Reuters reported on Dec. 26.

According to the Reuters report, “All the lawsuits – filed in U.S. District Courts in California, New York and Illinois – seek class-action to represent potentially millions of iPhone owners nationwide.”

Apple wrote in a letter on its website, “First and foremost, we have never — and would never — do anything to intentionally shorten the life of any Apple product, or degrade the user experience to drive customer upgrades. Our goal has always been to create products that our customers love, and making iPhones last as long as possible is an important part of that.”

According to the Post, “Critics’ arguments largely have rested on two claims — that Apple hurt the performance of the phones in secret and that doing so made it more likely that someone would buy a new iPhone rather than fix their old one.”

Apple has rejected these accusations, however, the company subsequently stated it will be a bit more transparent with future upgrades: “Early in 2018, we will issue an iOS software update with new features that give users more visibility into the health of their iPhone’s battery, so they can see for themselves if its condition is affecting performance.”