The world’s largest chemical maker and a prominent law firm have lost another court appeal in a class action lawsuit accusing them of concealing and destroying evidence in a batch of asbestos litigation. The federal Third Circuit has declined to “rehear” a September decision that, in effect, re-opened the case. Businessweek reports that the company was “… ordered to face claims it fraudulently hid evidence that its talc products contained asbestos as it sought to scuttle thousands of personal-injury lawsuits.” The company in question was actually acquired by BASF and that business unit mined talc that was used in everything from wallboard to children’s balloons. 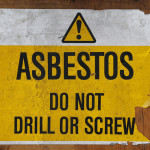 Writing in The American Lawyer (a subscription site) Susan Beck reports that “… BASF, its asbestos litigation has morphed from being a negligible nuisance into an expensive, embarrassing problem. The company stresses that it inherited this situation from Engelhard, and has gone to great efforts to find out what happened. For Cahill, the litigation is also remarkable. Legal ethics expert Stephen Gillers of New York University School of Law says it’s not unheard-of for a law firm to be sued for fraud, noting that several were sued in the wake of the savings and loan crisis of the 1980s. ‘What is rare,’ he says, ‘is for a case like this to target such a prominent law firm.’”

Beck also notes that thousands of cases might be re-opened based on the evidence. The Wall Street Journal also offers background for free.