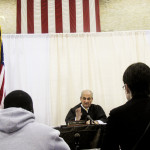 You can add Colorado Springs, Colo., to the list of American cities learning that turning “civil” cases like traffic tickets into jail-time cases might be illegal. National Public Radio did a deep-dive into the situation this week, offering the context that “… debtors’ prisons have long been illegal in the United States. But many courts across the country still send people to jail when they can’t pay their court fines. Last year, the Justice Department stepped in to stop the practice in Ferguson, Mo. And now, in a first, a U.S. city will pay out thousands of dollars to people who were wrongly sent to jail.”

The NPR story said that Colorado Springs and the American Civil Liberties Union of Colorado announced “… a settlement that will end the practice of jailing people too poor to pay their court fines. The city will even give payouts to people who were incorrectly sent to jail. Last year, the ACLU of Colorado discovered nearly 800 cases where people had gone to jail in Colorado Springs when they couldn’t pay their tickets for minor violations. Most of the people were homeless — and they were ticketed for things such as panhandling or sleeping in a park overnight. The settlement calls for people to receive $125 for each day they were in jail. One man featured in the story, illegally jailed after being fined for holding up a sign at roadside, will receive some $11,000.

NPR quoted ACLU attorney Mark Silverstein explaining that “… putting people in jail when they can’t pay their fines — without giving them alternative options such as community service — has been ruled unconstitutional by the U.S. Supreme Court” and also cited their previous work on the issue: An NPR investigative series in 2014 found the practice is widespread across the country. “The law is supposed to treat us equally,” Silverstein says. “So when people with means can simply pay a fine and move on and then the poor get sentenced to jail, because they’re poor, that’s a two-tiered system of justice that violates the principle of equal protection of the laws.”

That previous NPR investigation, which is truly alarming, noted that “… one of the first instances NPR found of fees charged to criminal defendants was in 1965 when California required payments to reimburse crime victims. By the 1980s, states started billing criminal defendants to reimburse taxpayers. Michigan, in 1984, passed the first law to charge inmates for some of the costs of their incarceration. By 1990, Texas reported that fees from offenders made up more than half the budget of the state’s probation agencies.” California now can charge people for their jail stays, public defender costs and other fees, as can 48 other states.