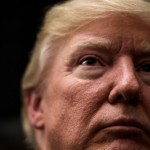 Ever wonder what a Donal Trump lawsuit deposition looks like? If so, you might find out soon as several news organizations and others are asking that sworn deposition video from the “Trump University” litigation are made public. At issue are actually two cases where people who bought into the educational program claim they were duped.

Transcripts are already public. The Courthouse News reports from San Diego, backgrounding that: “… many legal experts agree that the facts surrounding the case are unsavory, particularly as Trump University was billed as a university when in actuality it was a three-day business seminar that attendees paid around $2,000 to attend. During the seminars, which were often run by salespeople rather than real estate experts, attendees faced high-pressure sales techniques aimed at getting them to buy a Trump Gold Premium package, which cost $35,000.”

The CN also said that “… the package guaranteed a mentor would help students break into individual real estate markets, but the plaintiffs in both cases claim this mentorship never occurred as promised. However, the experts are not convinced the brouhaha necessarily means the plaintiffs are assured a victory.”

An expert cited in the CN report says facts are not really at issue, but rather if a “reasonable person” might rely upon the marketing to make a purchase decision. The Trump side is seeking a summary judgment from the court and the current fight is over whether to make the videotapes of the depositions part of the evidentiary record – which would likely make the public. The CN notes that “… a slate of media companies, including the Washington Post and Fox News, has intervened, asking the tapes be disclosed to the public. A hearing on the matter is set for July 13.”

As usual, the CN is all over the case: CNS – Transcripts Show Defiant, Evasive Trump