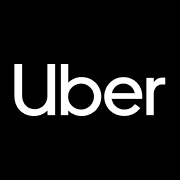 Drivers who complained that “Uber misclassified them as independent contractors to avoid having to reimburse them for gasoline, vehicle maintenance, and other expenses,” were dealt a legal setback last month, according to a Reuters report in The New York Times.

“Uber Technologies Inc won a legal victory on Tuesday as a federal appeals court said drivers seeking to be classified as employees rather than independent contractors must arbitrate their claims individually, and not pursue class-action lawsuits,” the news report notes.

In a 3-0 decision on September 25, the 9th U.S. Circuit Court of Appeals in San Francisco reversed a lower court judge’s denial of Uber’s motion to compel arbitration in three lawsuits.

It also overturned the class certification in one of the lawsuits of thousands of California drivers who had driven for the San Francisco-based ride-hailing company since August 2009.