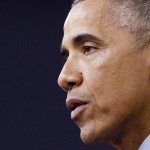 Congress voted Wednesday to override President Obama’s veto of a bill to give the families of 9/11 victims a chance to sue Saudi Arabia. (AP Photo/Jacquelyn Martin, File)

As the U.S. Congress votes this week to override a presidential veto for the first time in President Obama’s tenure, Senate Foreign Relations Committee Chairman Bob Corker (R-Tenn.) says the country is exporting its foreign policy to trail lawyers and warned that U.S. personnel might find themselves dragged into lawsuits abroad over American drone use in Pakistan and Afghanistan, or even its support for Israel.

At issue is a law that would allow victims of the 9/11 attacks to sue Saudi Arabia over any potential role in those attacks. The president and others say such a law would invite similar action against the United States. Sen. Corker is one of several members who argue the bill is so broad that it could expose the United States to retaliation in foreign courts.

The Washington Post says that the move is a “… a sign that Saudi Arabia’s fortunes are waning on Capitol Hill. The Saudi government has denied it had any ties to the terrorists who carried out the 9/11 attacks and has lobbied fiercely against the bill. But victims’ families have pushed for the legislation so they can press their case in courts, and lawmakers who support the measure argue Saudi Arabia should not be concerned if it did nothing wrong.”

Also from the Post: “This is not a time when U.S.-Saudi relations have much popular support on either side,” said F. Gregory Gause, head of the international affairs department at Texas A&M University’s Bush School of Government and Public Service. Just as the Saudis think the administration has tilted too closely to Iran, he said, many U.S. politicians blame Saudi Arabia for the globe spread of Sunni extremism. “I think that’s really simplistic.”