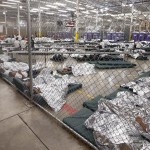 With armed “citizen groups” starting to patrol the U.S.-Mexico border and angry crowds protesting the arrival of children into their communities, the ongoing “unaccompanied children immigration” crisis is growing worse. Clearly, this is a tragic worst-case example of what happens with “rationing justice” in our civil courts, and California has the biggest caseload backup with tens of thousands of kids awaiting a day in court.

In a major Los Angeles Times opinion piece, the director of the ACLU of Southern California outlines theories behind this week’s lawsuit against the U.S. Government, filed by his group and other civil rights groups. Among other issues, the groups argue for legal representation, saying that
“… the appointment of counsel is the only way to ensure that children with potentially valid claims can present the necessary arguments and proof. Given the complexities of immigration law and the language and cultural barriers immigrants face, it should surprise no one that attorneys matter in immigration proceedings. A 2012 study of New York immigration courts showed that immigrants who proceed without representation are five times more likely to lose their cases than those who have counsel.”
The ACLU director also argues that, while we may use the term “immigration,” these children are more accurately classified as refugees fleeing for their lives. These are the emerging talking points on the escalating crisis, and you can find them here: Kids caught at the border deserve due process, including lawyers

← Non-Representation Of Immigration Children Sheds Light On System
Immigration Court Crisis Has Been Brewing →
Logging In...