The congressional judiciary committees have been active in national civil justice issues, with the House Judiciary looking at “fairness in class actions” and the Senate Judiciary holding a hearing on civil asset forfeiture, which no doubt failed to entertain as much as HBO’s John Oliver did with his take-down of the issue.

One interesting note is that reformers are calling for “right to attorney” for people facing civil asset seizures, which can happen even if authorities never file criminal charges. The National Coalition for a Civil Right to Counsel explained it like this: “In response to a Senate Judiciary Committee hearing this morning relating to civil asset forfeiture reform, the Leadership Conference on Civil and Human Rights (“a coalition of more than 200 national organizations”) issued a letter calling for, among other things, a right to counsel in all civil forfeiture proceedings.  Current federal forfeiture law provides a right to counsel only where the asset seized is the defendant’s primary residence.” 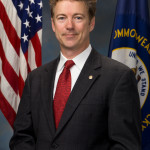 The website also noted that “… a number of people testifying at the hearing discussed the need for appointed counsel at these proceedings.  Sen. Rand Paul referred to his “Fifth Amendment Integrity Restoration Act of 2014” that he introduced last year, which he said would provide counsel, and a representative from the Institute for Justice also called upon the provision of counsel to indigent defendants.”

On the House side, a bill under discussion would narrow who could directly participate in class action suits and require that “… only that a class be composed of members with “an injury of the same type and extent.”

Read more on the Judiciary Committee website and the National Coalition for a Civil Right to Counsel (NCCRC) website.