The new surge in unaccompanied children showing up at U.S. borders seeking asylum has prompted the federal government to move toward two new shelters, the New York Times is reporting. The paper says that the government si motiving toward “two shelters in Texas and one in California this month, adding at least 1,400 beds to handle the increased flow, senior Obama administration officials said Monday.” 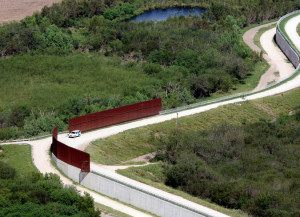 Family detention centers and the unaccompanied youth centers have been controversial and a federal judge has ordered the family shelters closed, although officials hope to work around that order. The Times also notes that “… on Monday, Sylvia Mathews Burwell, the secretary of health and human services, asked the Pentagon to also prepare tentative plans to provide shelter for 5,000 more youths. Those beds are not needed at this time, officials said, but the health department, which runs the shelters, would give the Department of Defense 30 days’ notice to get them ready if the numbers of young border crossers continue to rise.”

Immigration cases are often incorrectly seen as criminal court issues. The “courts” are actually a function of the U.S. Justice Department and those facing actions are classified as civil court participants. One effect of that is they do not have the same rights to counsel as if they were criminally charged.
Read the NYT report here: U.S. to Open Shelters for New Surge of Youths Crossing Southwest Border