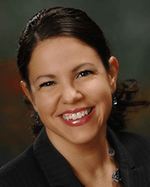 A judicial seat in Reno, Nev., has been declared a “judicial emergency,” part of a trend of lower district court seats going unfilled, the Las Vegas Review-Journal reported on Aug. 3.

“Nevada has two open seats that were vacated when judges took senior status. One seat, in Reno, has been listed as a ‘judicial emergency’ by the Administrative Office of the U.S. Courts because it has been open for more than 2½ years,” the Las Vegas Review-Journal reported.

Chief U.S. District Judge Gloria Navarro in Las Vegas is quoted warning that the vacancies have “a huge impact,” as caseloads continue to increase.

“The slow process hurts states like Nevada, where Navarro cites mortgage foreclosure and civil cases as the main reason for skyrocketing filings and full dockets,” the story noted.