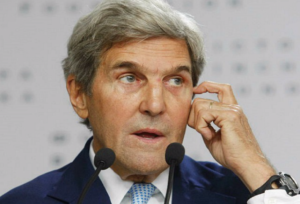 Every 3rd week in January, the “.02%” take over Washington DC to host their annual dinner at the Capital Hilton. Established in 1913, the Alfalfa Club cultivates its membership of elite powerbrokers from all over the United States.

With a membership of 200– including Fortune 500 executives, politicians, and Presidents.— members invite guests to attend the DC dinner. This is a seldom refused invitation. However, breaking with long-standing tradition, the ever-insecure Trump declined the invite for 2018 and 2019.

So, if you weren’t one of the lucky few invited to attend the passing of the gavel from former Senator John Kerry (photo above) to newly elected Alfalfa President, Senator Mitt Romney, you can still be a spectator from the basement of the Hay Adams Hotel. If there is an optimal time to catch a glimpse of the accomplished and well-heeled crowd, it’s the weekend of January 25th.