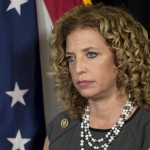 Those leaked emails indicated that that Democratic Party leaders may have conspired against the primary campaign of Sen. Bernie Sanders have not only led to a party shake-up but have sparked class-action litigation, the Wall Street Journal is reporting. The story is that “… a trove of hacked party emails posted by WikiLeaks show that Democratic National Committee officials had worked to undermine the underdog campaign of Mr. Sanders.

Some of the more damaging info: Weeks before the firestorm erupted, culminating in the resignation of party chief Debbie Wasserman Schultz, a group of plaintiffs brought a lawsuit in federal court alleging that DNC “actively concealed its bias” from its donors and Democrats backing Mr. Sanders.