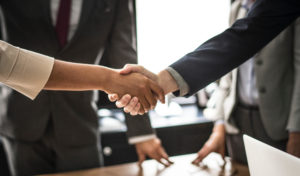 Employees trying to take companies to court face more likelihood of arbitration based on a recent U.S. Supreme Court ruling, The Recorder at law.com reports.

“Claims of persistent sexual harassment and discrimination in the workplace, fast-food workers shorted on pay and gig economy contractors fighting for employee status have all been routed to arbitration in decisions citing Epic,” The Recorder notes.

“[Epic] changes the dynamics in a profound way,” Gerald Maatman, a partner at Seyfarth Shaw in Chicago told The Recorder. “It’s one of the most important decisions from the Supreme Court that impacts workplace issues.”

“In collaboration with San Francisco-based legal research company Casetext, The Recorder affiliate The National Law Journal analyzed 92 decisions from U.S. courts of appeal and federal district courts that cited Epic in the seven months between when it was handed down last May and the end of 2018,” the article notes. “Among those cases, 10 circuit court and 49 district court decisions centered on arbitration and dealt with workplace claims — and the majority either compelled arbitration or revived it as a live issue.”