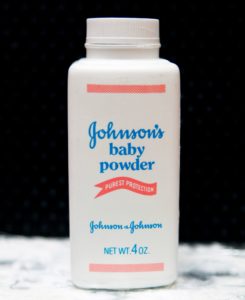 Johnson & Johnson, in one of the largest punitive damage awards in history, must pay $4.69 billion to plaintiffs exposed to talcum-based products which they claimed caused them to develop cancer.

“Johnson & Johnson was ordered Thursday to pay $4.69 billion to 22 women and their families who had claimed that asbestos in the company’s talcum powder products caused them to develop ovarian cancer,” The New York Times reported on July 12. “A jury in a Missouri circuit court awarded $4.14 billion in punitive damages and $550 million in compensatory damages to the women, who had accused the company of failing to warn them about cancer risks associated with its baby and body powders.”

Six of the women who sued the company have died, according to The New York Times. Johnson & Johnson, which has successfully appealed a number of similar cases, vowed to file an appeal.