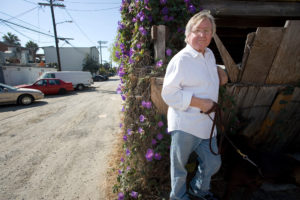 Visual artists in California will not receive royalties from resale of their work, a federal appeals court has ruled.

The New York Times reported on the decision, which strikes a blow to the rights of visual artists, including young painters just becoming established.

“A federal appeals court has ruled that visual artists will no longer be entitled to royalties from resales of their work in California — a decision that may discourage other states from considering royalty laws,” The New York Times reported on July 11. “The ruling, issued on Friday [July 6], addressed a 1977 law, the California Resale Royalties Act, the only of its kind implemented in the United States. The law benefited visual artists, who, unlike composers, filmmakers or writers, do not receive a share of any future sales under copyright law.”

The court determined that state law conflicts with a federal copyright law’s first-sale doctrine “that claims once a copyright owner sells work a first time, they lose control over future sales,” the article noted.