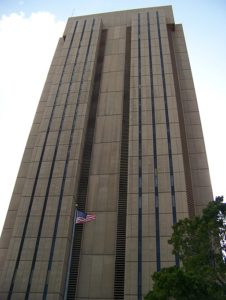 A Trump administration policy to criminally prosecute illegal border crossings has created a renewed backlog in the federal justice system in the Southwest.

“Failures to bring new arrestees to court in a timely manner has been an issue off and on for years in San Diego and Imperial counties, and federal defense attorneys say that it has only magnified in the past couple months as the Trump administration has vowed to criminally prosecute all illegal border crossings under a ‘zero-tolerance’ policy,”reported Kristina Davis of The Los Angeles Times.

“Since mid-April, when U.S. Attorney General Jeff Sessions announced the new policy, public defenders in San Diego have filed 138 habeas corpus petitions, a civil remedy that in Latin translates to ‘produce the body.’ That’s compared to 13 filed during the same time frame last year, according to court records,” Davis reported.

As a result, more people arrested at the border spend longer periods of time in Border Patrol facilities rather than getting booked into the federal prison system, particularly the Metropolitan Correctional Center in San Diego, according to the report.