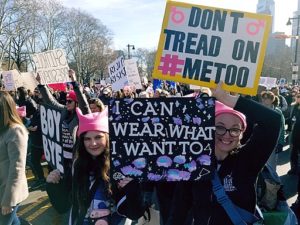 The #MeToo Movement swept California courts this spring, as the judiciary adopted rule changes requiring the disclosure of financial agreements related to complaints of sexual harassment and discrimination.

On May 24, the California courts website reported, “The Judicial Council at its business meeting today revised the rules of court to clarify that any settlement agreements involving judicial officers for which public funds were spent in payment of the settlement must be disclosed if requested, including agreements related to complaints of sexual harassment and discrimination. In April, Chief Justice Tani G. Cantil-Sakauye convened a workgroup to study and recommend changes to the rules of court to ensure that all levels of the state court system respond to these types of public records requests.”

The revised rule allows redaction of names of complainants and witnesses, however.

The Recorder at law.com reports, “The Judicial Council approved the amendments to Rule of Court 10.500 with little discussion and none of the previous criticism from some judges that the mandate was too broad.”

“The chief justice’s call for changes was in response to records requested by The Recorder and other media outlets that showed the judiciary paid $600,000 since 2011 to investigate and settle harassment claims against court employees and judges. Judiciary branch lawyers declined to name the judges involved or the allegations, citing broad protections for investigations of and claims concerning judges in Rule 10.500.”