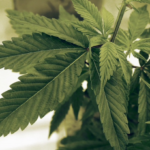 Writing in The Washington Post, legal commentator Jonathan H. Adler outlines both the context and challenges facing “legal” marijuana now that a law targeting gangsters is being used for civil resistance to state pot reforms. We’ve reported before that the federal 10th Circuit court has taken a stand and it’s significant.

Adler outlines the federal context, including how the U.S. Congress has linked marijuana to funding legislation, before going into the looming challenges.
He notes that “… a bigger potential threat [to state legalization efforts] comes from the fact that marijuana possession and distribution are predicate offenses under the Racketeer Influenced and Corrupt Organizations Act (RICO). This means that those who produce or sell marijuana are potentially subject to civil RICO suits, whether or not such activities are legal under state law. So held the U.S. Court of Appeals for the 10th Circuit earlier this year. A federal judge once described RICO as “the monster that ate jurisprudence.” Barring real reform at the federal level, it could be the monster that ate marijuana federalism, too. Here again, an appropriations rider is insufficient.

Adler is arguing that the RICO use is a threat to the “federalism” model for state control.
Opinion | Will marijuana make federalism go up in smoke?