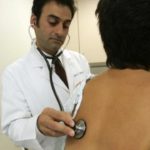 A Dallas-based journalist who pioneered coverage of asbestos lawsuit issues is calling for changes while explaining a “Catch 22” that could be shortchanging states’ Medicaid coffers. Christine Biederman, writing as a contributor to The Hill newspaper in Washington D.C., explains that “… Medicaid secondary payer laws provide states potential funds. For example, if a Medicaid enrollee is sickened by asbestos, and Medicaid pays the healthcare bills, Medicaid is entitled to a share of any future personal injury settlement. Medicaid is theoretically required to recover part of the settlement.”

Biederman, who wrote a landmark Dallas Observer investigative story “Toxic Justice” 19 years ago, adds that “… in practice, this means that unless a lawyer, a defendant or another party to a personal injury claim is located in the same state as a Medicaid beneficiary, and thus required by state law to report payments, the state Medicaid agency will likely never learn about the money. Of course, the enrollee is supposed to report the windfall. If you think that usually happens … please get in touch, because I have an investment opportunity for you.”

The story benefits from the fact that Biederman is herself a Texas attorney and will be must-read material in the asbestos world. (Disclosure: Ms. Biederman contributed reporting to the documentary UnSettled by Canadian journalist Paul Johnson; the Courts Monitor has shared resources and research with producers of that film, scheduled for release this fall.)

Medicaid Catch-22: It’s time for the asbestos trusts to do what’s right

← Legal Pot Might Be Sued Out of Business
Will Pot + RICO Challenge State’s Federalist Trend? →
Logging In...