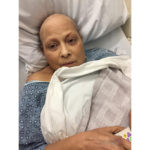 The Los Angeles Times is among those reporting on a $417-million verdict against Johnson & Johnson over the company’s talc product, In effect, the jury found the company liable because it did not warn a 63-year-old woman diagnosed with terminal ovarian cancer about the talcum cancer risks.
The Times noted that “… verdict marks the largest award yet in a number of suits claiming that the company’s talc powder causes ovarian cancer. More than 300 lawsuits are pending in California and more than 4,500 claims in the rest of the country, alleging that the healthcare giant ignored studies linking its Johnson’s Baby Powder and Shower to Shower products to cancer.”
The company says it will appeal, insisting that science is on its side. But the Times explained that the L.A. lawsuit “… cited a 1982 study that shows women who used talc on their genitals were at a 92% increased risk for ovarian cancer. The lead researcher, Daniel W. Cramer, later advised Johnson & Johnson to put a warning label on the product.”
The newspaper also backgrounded that “… ovarian cancer accounts for 1.3% of all new cancer cases in the U.S., according to the National Cancer Institute. But it is the eighth most common cancer and the fifth-leading cause of cancer-related death among women. Fewer than half of all patients survive five years after a diagnosis.”