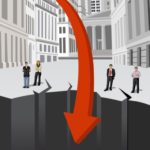 Say what you will about president-elect Donald J. Trump, his election seems to have sparked interest in the concept of a “civil Gideon,” which would provide representation to people in non-criminal cases like eviction and child custody cases – and also, perhaps more to the point given the recent presidential campaign – in some immigration/deportation cases.

Immigration cases, often seen as “criminal,” are actually civil cases and do not include the same protections as criminal cases. For example, immigration “courts” are not part of the judicial branch but are actually functions of the Justice Department and the judges do not have the same power over prosecutors.

Our recent civil Gideon coverage brought some feedback, including some requests for background and some suggested reading, so we’ll refer you to a good website included in the feedback. Information will include the idea that a shocking number of civil cases involve somebody representing themselves:

The National Center for State Courts has released data about how often one side, neither side, or both sides have a lawyer in civil cases. The data, which is based on a representative sampling of 152 courts in 10 counties across the country examined in 2012-2013 (totaling over 900,000 cases) appears in the NCSC’s Landscape of Civil Litigation of State Courts report. The report found that “At least one party was self-represented (usually the defendant) in more than three-quarters of the cases.” As The Lawyerist website astutely observed, “This isn’t a [justice] gap. It’s a chasm.”
http://civilrighttocounsel.org