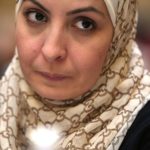 Citing government studies, The Boston Glove is reporting that the immigration court “logjam” has more than doubled over the past decade, to include about a half-million cases including 11,271 cases in Boston,
“As a result, some respondents’ cases may take years to resolve,” government auditors said in the June 1 report on the Justice Department’s Executive Office for Immigration Review, which oversees the immigration court system.
The Globe story focuses on a woman, her husband, and their two children who “… fled war-torn Syria in 2013, moving first to Lebanon before arriving legally in Massachusetts in March 2014. They applied for asylum, were granted temporary permission to stay, and were given work permits. So far, however, they have no idea how long they’ll be allowed to remain in the United States. Or even if they will.”
The reporting cites several causes for the backlog, including too few judges and the 2014 jump in people seeing refuge here. Immigration courts are considered “civil,” rather than criminal and thus do not have to provide lawyers and other protections. The courts are not part of the federal courts system but are a function of the Justice Department.
Read the Globe story here: At immigration courts, a growing backlog – The Boston Globe