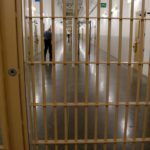 Otay Mesa Detention Center in San Diego County is at the center of a class-action lawsuit for its treatment of detainees. Photo Credit: Nelvin C. Cepeda / San Diego Union-Tribune as reported in the LA Times on 12/30/17.

An immigrant detention center in San Diego that’s the focus of a class-action lawsuit over detainee treatment could be poised to expand.

“Otay Mesa Detention Center holds detainees in the custody of U.S. Immigration and Customs Enforcement, the agency responsible for those with pending cases in immigration court,” reports the Los Angeles Times.

Now, a class-action lawsuit alleges that immigrants at the center are forced to labor despite the civil status of their adjudications.

“Although work programs that pay little are common in prisons, the complaint argues that there is a legal difference for those in the immigration system,” the LA Times article notes.

The class-action lawsuit, filed in late December, comes as the center seeks to expand.

On Jan. 12, Voice of San Diego reported, “The private detention center in San Diego County is looking to grow its population of detainees, despite recent California laws that halt the expansion of for-profit detention centers in the state. The Otay Mesa Detention Center, owned by the private company CoreCivic, is able to do that thanks to a deal it struck years ago.”