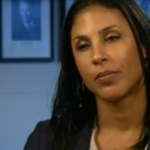 The NBC affiliate in California’s San Francisco area is reporting that the state bar of California is, for the first time in almost 20 years, asking the state Supreme Court for authority to collect attorneys’ dues. The report backgrounds that “… the announcement comes after a bill aimed at reforming the bar failed to pass through the state’s most recent legislative session… the bill, SB-846, sought to divide the bar into two agencies, since it currently serves as both a trade group for lawyers and a regulatory body that is supposed to discipline attorneys.”

The potential legislation comes amid concerns that the California bar should be run by people who do not practice law. The NBC report noted that “… the California State Bar has come under harsh criticism in recent months over mismanagement and misspending. Last week, the Investigative Unit revealed that a recent state audit shows the agency is overpaying its employees, all while the bar’s fund to repay victims of corrupt lawyers is millions of dollars short.”

The NBC affiliate, perhaps one of the most aggressive local news in the nation, said that the Investigative Unit revealed how the bar was accused of failing to keep watch over some of the state’s worst attorneys. According to a separate state audit released in June 2015, in trying to clear its backlog of consumer complaints against attorneys, the bar allowed some lawyers to continue practicing, even though they should have been disciplined or disbarred.

← Study: Miami Immigration Court Is Most Lenient In Nation
Shackles In A Civil Case? With Immigration, That’s The Deal →
Logging In...