Shackles In A Civil Case? With Immigration, That’s The Deal 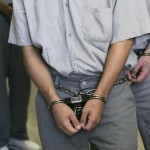 A Boston Globe report has detailed that many detained immigrants show up in immigration court in shackles – even without any criminal record. The Globe reports that “… when detained immigrants have their day in immigration courtrooms in Boston and in many other courts around the nation, they almost always spend it in chains. Some of the immigrants have criminal records, but some do not, and the controversial practice has ignited protests from Connecticut to California. Critics say detainees in the civil immigration system are treated more harshly than people accused of violent crimes in state and federal courts. But others say shackling preserves public safety in the courts, where security is limited.”

We would background that immigration courts are not actually U.S. federal courts, but are actually run by the U.S. Justice Department. Those facing the courts do not have a right to an attorney, as they would if criminal charges were being considered, because the cases are considered “civil” actions.