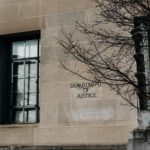 Photo Credit: Justin T. Gellerson for The New York Times as reported on 2/1/18.

The ability of the poor to access civil courts suffered a setback with the effective closure of the federal Office for Access to Justice, critics of the move say.

“The Justice Department has effectively shuttered an Obama-era office dedicated to making legal aid accessible to all citizens, according to two people familiar with the situation,” the New York Times reported.

The Office for Access to Justice began in 2010 under former Attorney General Eric Holder. “Its offices now sit dark on the third floor of the Justice Department building,” the New York Times reported. “The staff of a dozen or so has dwindled and left the department over the past few months, the people said. Maha Jweied, the acting director of the department, left this month to start a consulting business, according to her LinkedIn profile.”

On Feb. 1, the Lawyers’ Committee for Civil Rights Under Law condemned the move.

“Once again, Attorney General Jeff Sessions is turning his back on the most vulnerable Americans and abdicating his responsibility as our nation’s chief law enforcement officer,” said Kristen Clarke, president and executive director of the Lawyers’ Committee. “In shuttering the doors of the Justice Department’s Access to Justice Office, Attorney General Sessions is making crystal clear that his Justice Department has no interest in establishing justice for the poor.”