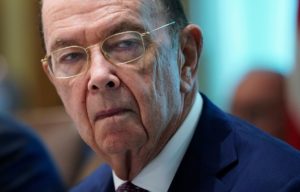 Photo credit: Mandel Ngan/AFP/Getty Images as reported by NPR on 9/21/18.

A Trump administration official will testify out of court about a controversial Census citizenship question, due to a judge’s order.

“A federal judge has ordered the Trump administration to make its main official behind the 2020 census citizenship question — Commerce Secretary Wilbur Ross — available to testify out of court for the lawsuits over the hotly contested question,” National Public Radio reports.

Ross will sit for a deposition, per the order of U.S. District Judge Jesse Furman in Manhattan federal court.

“Furman has limited questioning of Ross by the plaintiffs’ attorneys to four hours, noting that the commerce secretary has already testified in Congress and the administration has released a record of internal documents about his decision to add the citizenship question,” according to NPR.