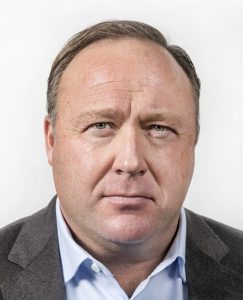 According to the Hartford Courant, lawyers for conspiracy theorist Alex Jones went to the state Supreme Court Thursday “to challenge a court order in a case where families from Sandy Hook Elementary School are suing him, saying the radio host claimed the school shooting was a hoax.”

The lawyer for Alex Jones argued in the Connecticut Supreme Court that he “should not have been penalized for an angry outburst on his Infowars web show against an attorney for relatives of some of the Sandy Hook Elementary School shooting victims,” reports the Associated Press.

The AP report explains, “The families of eight victims of the 2012 shooting in Newtown, Connecticut, and an FBI agent who responded to the massacre are suing Jones, Infowars, and others for promoting a theory that the shooting was a hoax. A 20-year-old gunman killed 20 first-graders, six educators and himself at the school, after having killed his mother at their Newtown home. The families said they have been subjected to harassment and death threats from Jones’ followers because of the hoax conspiracy.”