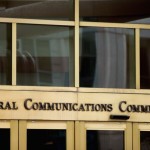 In the photo taken June 19, 2015, the entrance to the Federal Communications Commission (FCC) building in Washington. (Photo: Andrew Harnik, AP)

USA Today explains that “… those Open Internet rules, or net neutrality rules, were crafted to prohibit Internet service providers (ISPs), mainly large cable or telephone companies, from blocking and slowing the transmission of content and from the practice of “paid prioritization,” paying an ISP for faster delivery of content.”

The offered a comment from the FCC leadership: “Today’s ruling is a victory for consumers and innovators who deserve unfettered access to the entire web, and it ensures the internet remains a platform for unparalleled innovation, free expression and economic growth,” said FCC Chairman Tom Wheeler, who cast one of the three commission votes to pass the rules. “After a decade of debate and legal battles, today’s ruling affirms the Commission’s ability to enforce the strongest possible internet protections – both on fixed and mobile networks – that will ensure the internet remains open, now and in the future.”