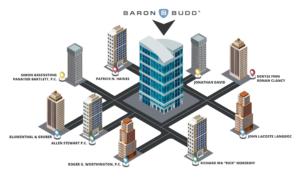 Debating the “nature of existence” is more the stuff of college dorms (and at least one recent documentary) than state appeals courts, so the legal team for a Texas journalist seeking to open a 20-year-old deposition transcript might have been taken aback when the debate arose not from the other side, but from the bench.

At issue is a deposition by a Texas attorney named Russell Budd, part of the politically connected Dallas-based firm Barron & Budd that rose to prominence, in large part, due to successfully representing asbestos victims. The Russell Budd deposition from 20 years ago reportedly addresses a “witness coaching memo” that was as controversial then as it is now.