If Supreme Court upholds President Trump’s travel ban, will it rein in district judges who have opposed it? 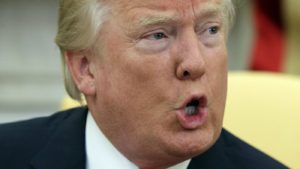 A travel ban that limits immigration may secure a key legal victory at the U.S. Supreme Court, based on comments from justices on April 25, a major newspaper predicts.

The third version of a travel ban “bars the entry of most immigrants and travelers from Iran, Syria, Yemen, Somalia, Libya and North Korea as well as officials from Venezuela,” the L.A. Times reports.

“The justices issued a ruling in June that allowed the second version of the travel ban to take partial effect. Then, in December, with only two dissents, they set aside lower-court rulings to allow the administration to put the third version into practice, a strong indicator of where the majority was headed,” the newspaper reports.

This brings up the question about whether this ruling will override the “increasingly common practice of district judges handing down nationwide orders based on a suit brought by a handful of plaintiffs,” such as the district judge’s order in Hawaii that blocked the travel ban nationwide.